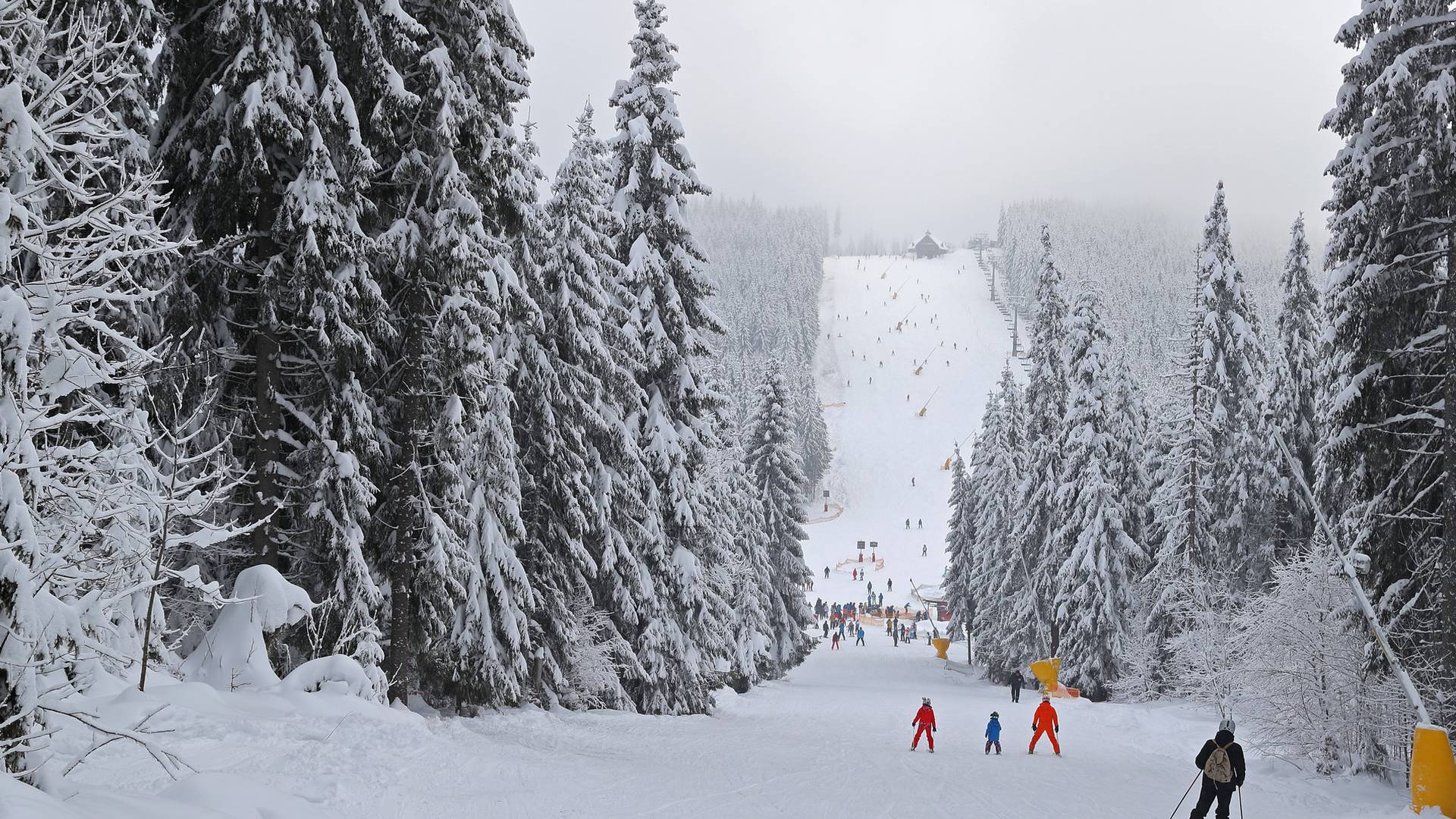 Bukovel is the most famous ski resort in Ukraine, located near the village of Polyanytsya, at the foot of Mount Bukovel, at an altitude of 920 meters above sea level in the Ivano-Frankivsk region. 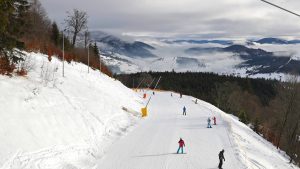 Today the resort has 68 well-developed pistes, varying in length and difficulty. The total length is 72 km, which are well looked after, snow cannons have been installed, and night lighting has been installed on some tracks.

The tracks are divided into:

1. Blue - light runs that are great for kids and beginners, they also come in a variety of lengths and slopes. The most popular training track is 7A, near the Shelter Hotel. The hotel has its own ski-in / ski-out, which leads directly to this slope. There are 29 blue runs in total.

2. Red - medium difficulty slopes, for those who are already good at skiing or snowboarding, also slopes and lengths of different difficulty. We recommend routes 2A and 2B, which go along Mount Bukovel. The lower stations of the ski lifts leading to Mount Bukovel are a few steps from the Shelter Hotel. There are 26 red runs in total.

3. Black - difficult, snow-covered, for experts and athletes, some slopes are even dangerous. Therefore, if you have not mastered the reds, it is better not to become black. There are 14 black runs in total.

You can get to any track using one of 22 modern lifts. Convenient and comfortable lifts are open during the winter season from 8:00 to 16:30. In the evening from 16:30 to 19:30 lifts 7 operate near the hotel Shelter, as well as 1R, 2R and 14. You can buy a ticket for the ski lift at the Bukovel ticket office, next to the Shelter Hotel, or order a ski-pass. 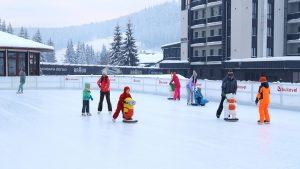 What else to do in Bukovel besides skiing?

The main activities at the resort during the winter season are skiing and training in skiing and snowboarding. However, there is plenty of entertainment for tourists who just want to enjoy their winter getaway.

• Snow-tubing is a new type of riding on an inflatable ring, very high-speed, when descending, the tubing turns around and makes riding exciting. Suitable for both children and adults.

• Skating rink - entertainment for family and company. Even if you don't know how to skate, there are special holders that will teach you to stand confidently on skates.

• Dog sledding - these cute sled dogs "Siberian huskies", who love to play, will make the ride on the sleds interesting and fun. Optionally, you can test yourself as a musher.

• Ethno-park "Gutsul Land" - children and adults will have a great day in this ethnographic park in the open air. A zoo with different animals that you can feed, a historical museum of peoples - Hutsul, Lemko, Boykov, many photo zones for incredible pictures, as well as entertainment and more will be waiting for you.

Just a few years later, Bukovel became the most favorite place for winter holidays. This is facilitated by a well-developed infrastructure, high service and quality. The resort is developing and improving every day. Sports competitions and various events are being introduced. The Bukovel ski resort is ideal for an active and relaxing holiday. Everyone who comes here will certainly find entertainment to their liking.